Superfruit at your disposal

All the nutrients of the fruit!

Our vacuum drying process at low temperature allows us to preserve the nutritive elements of the fruit. Indeed, the fruit is very slowly heated so that we don’t destroy the active molecules contained in it. Therefore our dehydrated fruit is very interesting from a nutritional point of view. Moreover they are natural solutions for any dietary complement.

They are ideal to incorporate to any nutraceutical solutions such as: pills, sports drink to rehydrate, sugar-free preparations...

Discover the references of our nutraceutical range: 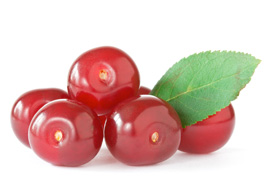 A superfruit full of energy!

Acerola fruit usually grows in tropical regions such as South America. We can often find it in Peru or in the West Indies where it is called the Barbados’s cherry. This bush with its red colored flowers gives acid fruit which are visually close to cherries. 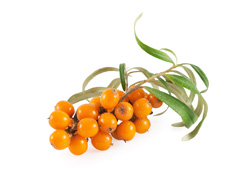 The use of these berries native to the mountain region of Europe goes back to antiquity. The Greeks used to love this small fruit because it was said that it would accelerate weight gain of their horses and would give them luxurious coats. That is why the Latin name of this fruit is hippphae which means “horse” and “shine”. 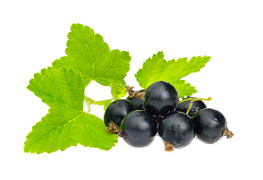 The origin of blackcurrant was never quite determined. We found it during the 15th century but its seams to appear for the firts time in literature at the beginning of the 18th century with the work of the Abbé Bailly de Montaran: "The admirable characteristics of blackcurrant". From its Latin name, the Ribes nigrum is well-known for its medical virtues should it be for its leaves or for its fruit. 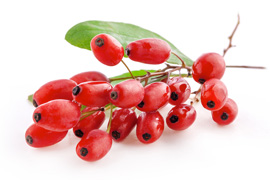 Goji is a small red fruit which has grown up since the Ancient World on one of the most fertile soils in the world, in the provinces of Ning Xia, at the border with Tibet. This berry has been eaten for millenniums by some Chinese, Mongols, Tibetans and Indian people. 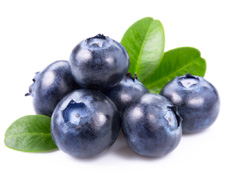 Blueberry is as small berry which has various interesting characteristics from a nutritional point of view. It was also used in the past for its particular virtues. Indeed, story tells that during the Second World War aviators would have greatly improved their night sight due to weekly intakes of blueberry jelly.

Orange is one of the most popular and consumed citrus fruit in Europe. We can find it under many forms: fruit juice, dietary supplement… It is mostly its « health » aspect which makes this fruit a leading choice for consumers. 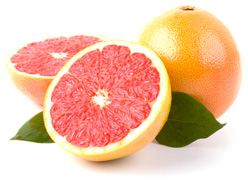 Grapefruit is often mistaken for its original ancestor originated from China. Grapefruit comes from North Amercia. It’s mostly produced in Florida and so it is the emblematic fruit of the region. Less bitter and sweeter than its cousin it is much more consumed in Northern countries and in Europe.